A parallel revolution was born out of the feminist movement of the 1970's, coming to an end around 1995. Filmmaker Myriam Fougère takes us on a journey to meet the lesbian writers, philosophers and activists who were key players in creating a revolutionary sisterhood. From Montréal to Texas, by way of New York, Myriam encounters lesbians who chose to live only among women. This marginal yet international movement is brought to life through archival footage and photographs, and evocative interviews with these courageous women, many of whom are now in their seventies and eighties.

“You know, when you are living in it you don’t realize you are making history, until after it’s over...”

“Being a lesbian is not the same experience for all of us. And in my culture, when you are an African-American lesbian, there is a culture there, and our issues have nothing much to do with lipstick or what kind of wonderful shoes you happen to wear.”

“We learned to articulate how we felt, how we felt towards other women. What it meant to be lesbians in that era.”

“It was really uplifting, creatively, politically, culturally, on every level. Part of our desire for each other was subliminal, and it was also with that part that we were actively rethinking the world.”

“For lesbians everywhere there was the same desire to exist. After years of working as feminists, lesbians started to wonder: “What about us? Who are we? What do we want as lesbians?”

“We felt like we were connected to all the women in the world; we knew that all of us were rising together…We were in the same place in our hearts.”

“Because in my mind what a lesbian was, it was not about the sex. It was about a woman who owns herself, who belongs to herself, who can take care of herself.” 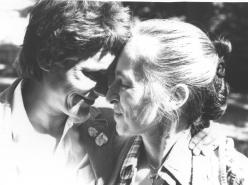 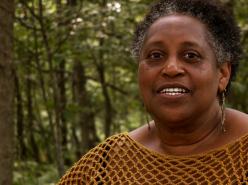 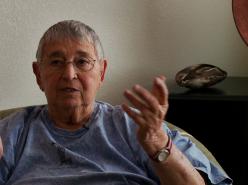 You can organize a viewing...or you can order your private DVD copy of Lesbiana to GIV giv@videotron.ca